So we put on our lanyards and started off another year of the AMC Best Picture Showcase at 10:00 am on Saturday Morning. Our host for another year was Shane, a long time employee at the AMC Santa Anita 16. He greeted us and set up the schedule for the day. There are four films on this weeks menu, next week there will be five. I still haven’t found anyone willing to do the 24 hour marathon with me. Oh Well, maybe next year. I’ve already seen all the films so this is a recap. The titles and pictures will link you to my original comments.

Manchester By the Sea

A movie that has improved in my esteem with a second viewing. There was nothing wrong with it the first time out, it was just so overwhelmingly tough to view that some of the nuances that make it a great film slipped by. As hard as it is to re-experience, it is rewarding in additional ways. The sadness hangs like a pall over almost everything, but there are moments of humor throughout, which help make the story feel completely human. Casey Affleck is almost certainly going to win the Award for his acting performance here. Completely deserved as he manages the difficult task of portraying a man paralyzed by grief and guilt, who must find at least a little room in his life for the family he has remaining. 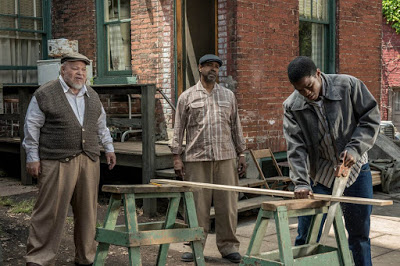 I still have the same issues with this movie that I first had on viewing it. This is a very stage-bound set of dialogue, performed wonderfully by the cast, but still  a two set scene. Director Denzel Washington has taken the story as far as he can to make it feel more like a movie, but in spite of some trash trucks, Pittsburgh neighborhoods and a scene at a public building with some old murals, it still comes down to actors standing around talking to each other in the backyard or kitchen. If you don’t know baseball, half the metaphors in this film will leave you uncertain as to what the character of Troy Maxson is talking about. I understood, but the poetry of the diamond sounds too conspicuously well written. 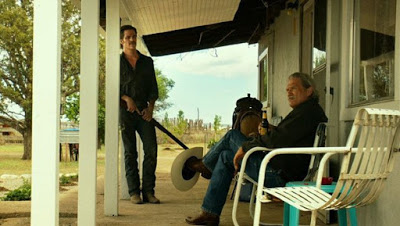 This is a movie that has grown on me more every time I have seen it. If there is a chance for an Oscar upset, this is the movie I would be happiest to see take the prize. There are four really good performances at the heart of this film, and a half dozen smaller roles that add so much character to the movie. Once again I was impressed with the work of Ben Foster as the older of two brothers, who is not as smart as his younger sibling, but has the gumption and fierceness to push their plan of economic justice to fruition. The ambiguity of the ending is perfect, it feels like a film from my youth, in the glorius days of the last golden age of Hollywood, the 1970s.

This exuberant update of the Hollywood musical, stole my heart when I first saw it. On second viewing, the few lapses and pacing issues were more apparent, but they bothered me only slightly. I finally downloaded the digital version of the soundtrack to my device and I expect to be listening t it all week. The two lead performances are even better when you have adjusted to the musicals style. This is the front runner for good reasons. I still expect it to be victorious,  although that sense of inevitability may detract a bit from the current experience. 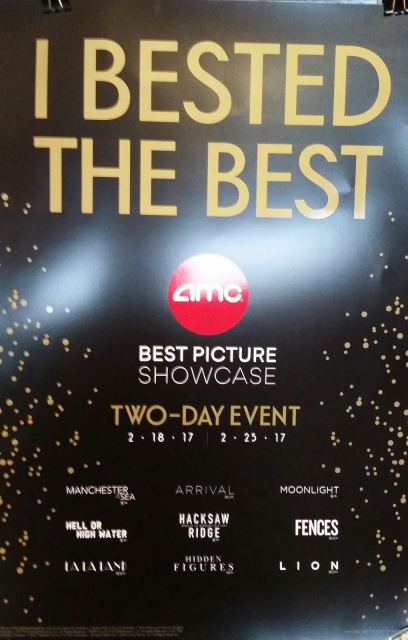