[This post is nearly a decade old. It was written for Fogs Movie Reviews as part of my “Movies I Want Everyone to See” column. This week I participated in a Podcast featuring this film ,”Pop Art” and so I am republishing this now for the first time.]

I think everybody loves the idea of sitting around a campfire, a dark living room or driving at night in the car and listening to a spooky story. We have been trying to entertain one another since the first primitive man came back from the hunt and shared his tale of the day with the rest of the tribe. I suspect that the first ghost story told was by the next guy, who in trying to one up the hunter made his story more supernatural in nature and more interesting as a result. Ghost stories and horror pull us in because they show something that we would not want to encounter in real life but don’t mind living through vicariously. Movies have attempted to frighten audiences from the beginning. One of the most vivid images that people have of silent films is Max Schrek in Nosferatu walking out of the shadows and revealing the horror of a vampire. Universal Studios was built by the monsters they showed in their films. Monsters are not the only kind of horror that early film makers tried to exploit. Psychological terror is a subject of many early films. It was natural that at some point the process of telling the stories would become part of the story itself. That’s where anthology films began to show up and up the ante with each succeeding tale. “Dead of Night” is maybe the first well know horror anthology and it is a “Movie I Want Everyone to See”. 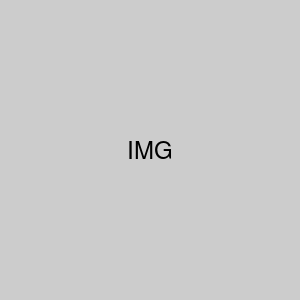 While not as frequent as they once were, horror anthologies continue to be made, “V/H/S” from last year being an example (and a film I have yet to see myself). All horror anthologies probably have “Dead of Night” to thank for creating a format and softening up audiences for a mixture of styles in telling the stories. This 1945 film had four different directors and a big variety of screen writers (including H.G. Wells who contributed the story that the humorous segment was based on). Each of the segments is told in a different style but all of them have a element of the supernatural to tie them together.

The film begins with the arrival of Walter Craig, an architect hired to do some renovations on a country manor,  for a weekend visit. Mr. Craig has a serious case of deja vu that is quickly explained by him as coming from his dreams. He knows the layout of the house and the names of other guests before he even walks into the house for the first time. One of the other guests is a well know psychologist and it is the way in which the doctor tries to explain Craig’s dreams away that starts the interweaving story. Each guest tries to challenge the doctor’s explanations by providing a story of their own that may break the rationality of the psychological explanations. Thus we get five very different stories, each with a little something to appreciate.

The first to step up is a race car driver, who is still recovering from an accident that was a near death experience. He shares a

short but chilling story of forewarning that prevented him from being in a second deadly accident. The image of a horse drawn hearse appears to him and an avuncular driver smiles in a slightly friendly but also creepy manner and tells him, “There’s room for one more”. If you are a fan of the “Final Destination” series, you know that death is always knocking at the door and that it can’t be cheated for long. This story takes that as a premise sixty years before that series of films began. Tony Todd nods and winks in the first “Final Destination” film in almost exactly the same menacing way that the driver does in this movie, that is not a coincidence. “I’ll see you later” is an echo heard sixty five years later.

The transition segments back at the country house are not always smooth or closely tied to the stories that the guests share. That awkwardness is rarely noticeable because “Dead of Night” is paced so quickly in the transition scenes that we are moved to the following story almost immediately. This film is indirectly a haunted house film and the second story makes that connection a little stronger. The youngest visitor at the house is a teenage girl. She confronts the psychologist with her own unexplainedexperience. A couple of times in my own blog, I have mentioned how ghost children seem to be a touchstone for horror films. This movie has such a story. It is not as immediately scary as the twins in “The Shining” but it has the benefit of being based on an actual murder. The resolution of the original case is said to have inspired detective fiction beginning with Sherlock Holmes. This segment also takes place at a Christmas party so if you are ever looking for another film to fit your annual Christmas list of movies, you can cheat a bit and throw this one in as a choice.

Haunted mirrors are the subject of the most intense story in the film. Horror stories are filled with examples of people seeing something in a mirror that is not there when they turn around. Mirrors are also used to give contemporary films a “boo” moment so often that it has become a cliche. In the segment here, we don’t get that kind of a scare, instead we are treated to an early kind of a possession story. It is the easiest one for the doctor to explain away with his theories of how the mind works. The bit here is a melodramatic interlude and it builds the tension of the movie up pretty well. Modern audiences will see what is coming but if you look at it from the perspective of an audience in 1945, it will be a bit more of a surprise.

In the 1983 “Twilight Zone Movie”, Joe Dante’s segment had a supernatural twist but it was largely played for laughs. That was the case in 1945 as well with a salacious ghost story involving golf. Two best friends who have devoted their lives to golf, suddenly fall for the same woman. Between the three of them, they agree to a match that will resolve the dilemma as to who gets the girl. When the loser drowns himself in the water hazard at their club everything seems to be resolved. Of course that is not the case.  The ghost of the best friend arrives in time to haunt the upcoming wedding and honeymoon. By divine rule he must be no more than six feet from the man he is haunting and that will make the bridal suite a little uncomfortable. This section is filled with British “good show” and sportsmanship until the issue of cheating comes up. If you don’t think a golfer’s devotion to the sport can be funny or that a woman should be treated like a tournament prize, then this segment may not appeal to you. This was the segment that H.G. Wells contributed. It has the least consistently eery atmosphere of all sections of the film. In fact, this segment was excised  from the original American release of the movie because it was so different from the rest of the movie. I suspect it was placed in the original spot in the film to give the audience a bit of a break before launching into the darkness of the stories that finish off the movie.

The psychologist now shares his own story, one that comes close to making him accept that supernatural events can occur. The most famous segment of the film is the multiple personality thriller featuring Michael Redgrave. He plays Max Frere, the sensational ventriloquist entertaining in a posh Parisian  nightclub. An American with the same vocation tracks him down to watch his act and discovers that the dummy in the act is the one wearing Frere’s face. The idea of a ventriloquist losing himself in his art is so effective that it served as the basis of not just one but two Twilight Zone episodes. Another Shakespearean

actor will follow Redgrave’s path thirty five years later when Anthony Hopkins can’t make “Fats” shut up for five minutes. The psychologist is called in to consult on the case and he sees something that becomes the most complex personality issue he ever had to deal with, at least to that point in the story. The lighting of the vent dummy Hugo, and the obnoxious patter that isn’t really an act are the highlights of this macabre tale.

Classic horror from the past often relies on mood rather than shock.  It was rare that any blood got spilled. That is not the case in subsequent anthologies. “The House That Dripped Blood”, “Creepshow”, “Tales From The Darkside” and others have put more than their fair share of crimson on the screen. They all follow a tradition however, that frightened our grandparents and great grandparents with hardly anything more than an idea.  The final “tie up” of the story, is most horrifying because of it’s apparent inevitability.  Every opportunity to break out of the “stranglehold” of the story is defeated by a piece of logic that we ultimately see was a mistake. When the denouncement arrives it might seem like old hat to modern audiences but it was as fresh in 1945 as “Memento” was in 2000.  If a modern audience can have the patience required and recognize that acting styles that are older are not automatically invalid, then you are likely to enjoy adding “Dead of Night” to the list of films you saw before you died.

Richard Kirkham is a lifelong movie enthusiast from Southern California and now Texas. While embracing all genres of film making, he is especially moved to write about and share his memories of movies from his formative years, the glorious 1970s. His personal blog, featuring current film reviews as well as his Summers of the 1970s movie project, can be found at Kirkham A Movie A D

In Case you missed it above, here is the link to the Pop Art Podcast