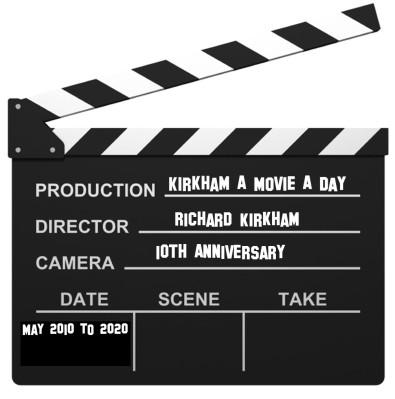 I am not a musician, unless you count two years of piano lessons when I was eight. I do however love music and I really love film music. One of the things I’ve done over the past ten years is include musical movie related material on the blog. What follows are posts that highlight a musical event more than the visual splendor of a motion picture. Travel back in time [or measure] and check out some of the posts that should strike a right chord with you.

Like everyone, I love John Williams and his music, but my favorite film composer happens to be the late Jerry Goldsmith.

Here you will find a tribute I wrote about him, his music and a DVD Concert that I owned and shared my thoughts on.

Jerry Goldsmith-A Few Notes
Another composer that I have been aware of for fifty years, but did not appreciate as much until more recently is Paul Williams.

The actor, singer and composer has also been President of ASCAP, and late in his career, people thought he had passed away years before. He was the the Subject os a documentary that I reviewed on the site, but before that film came out, I had a chance to experience the music from his film with Brian DePalma, and see him interviewed as well.
Paul Williams and the Phantom of the Paradise

In recent years, many orchestras have created presentations of film music by replacing the scoring track on the film with live accompaniment. Inspired by that practice, some Film Archives have made Special Presentations out of films they control with their own cultivated orchestras. “The Godfather” is one of those films, this presentation played at several venues across the country.

The Godfather Live
Of course the greatest source of these types of presentations for me will be with my hometown heroes the Los Angeles Philharmonic. For a dozen non-consecutive years, I have been a series subscriber to the L.A. Phil at Walt Disney Hall. We always tried to include a presentation like this with our subscription, but if it was not available that way, we bought stand alone tickets.

We usually look for a special Christmas Event to share as a family each year. This sing-a-long presentation of “White Christmas ” was a lot of fun but there was no orchestral accompaniment. That seemed strange but a good time was had by all. 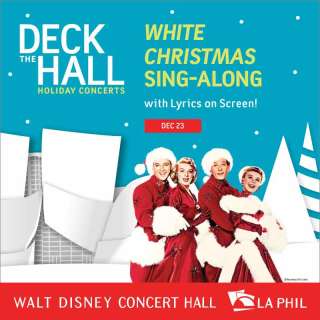 The masthead on this site tells you how important the movie “Jaws” is to me. The fantastic score to that film by John Williams is famously memorable with just a couple of notes. There is of course a lot more to the music than those notes however. This time the LA Phil is in their Summer Home, the Hollywood Bowl, hallowed ground for our family, we visited eight or ten times a summer for most of the years my children were growing up. This visit is bittersweet because it was the last time I went with my wife of 38 years, just a few weeks before her passing. 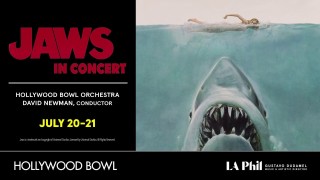 Jaws In Concert: Part 2 of the 2018 Jaws Posts
One more visit with the LA Philharmonic, this time it is mainly a concert rather than a film presentation. Oh there were film clips but we were not seeing a whole movie, rather the concert featured music that Stanley Kubrick included in his films. Some of it is very familiar but there were some esoteric choices as well.

Stanley Kubrick’s Sound Odyssey
This post is not strictly a film related post because the subject is the artist not a movie. Jeff Bridges is a fantastic actor, but he is also a talented musician and let’s face it, a fan like me can’t really miss an opportunity to spend some time with a film star, even when they are not acting. It was a weekend trip to Vegas and the Concert was a gas,

The Dude Abides in Vegas

The most recent of my music related posts is from earlier this year. Again, it is not strictly a film experience, but since I have seen several versions of Hamlet on screen over the years, I felt obliged to share it on this site. I think it was a One Off booking, but if it shows up anywhere near you, I think you will enjoy the effort to make it work on a limited budget.

I had an insight on a Saturday morning a few years ago and I followed thorough with a post. There are some interesting similarities in the music of these two films and I just wanted to talk about it at the time. Maybe you will want to as well.

Random Thoughts, I Think Not: The Silence of the Dead Zone