Well we’ve all been locked out of theaters for a while, so clearly there will be time to make a few adjustments at home. This week I took all the Laserdiscs off my Walls and out of the 2×4 Kallax shelves in my office and relocated them to the vacant 5×5 Kallax unit in my daughters former room.

Originally I’d planned on rotating the discs on the walls and doing themes from time to time, but because everything was so tightly packed and close to the floor, I only managed once or twice to move things around since I first put up the system for displaying them.

The original films on the wall sometimes were subsequently covered up by Big Sleeve Editions on contemporary films or newly acquired discs without much of a plan. 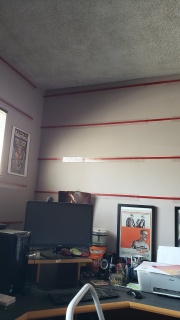 I’m going to try to keep the look less clustered but my first new theme did use all three walls. You should be able to tell where this is going. 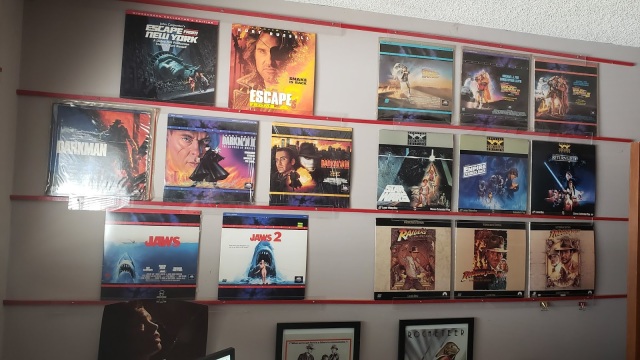 So there you are, a virtual tour of the display in my office. When I get tired of this theme, I’ll try something else. Feel free to leave some suggestions.