EON films, who bring us the 007 pictures, have branched out only slightly with this gritty espionage revenge film. It is still a story filled with hidden agenda’s, violence and international intrigue, but unlike Bond, it is stripped of any glamour. No one is going to want to sleep with the hero or be the hero, it’s not that kind of a movie.

Actress Blake Lively has been cast against type here. She plays not a glamour girl, but a young woman, drowning in sorry who has flushed her life away. Her self loathing at surviving a tragedy that took her whole family has lead her to the most degradation you can imagine. It is only the spark of revenge that stirs her from the soon to be death she is earning herself and leads her to become immersed in a nearly equally degrading vocation.Imagine bits of Le Femme Nikita crossed with  Munich and then take out any sense of fantasy and you get this plot. 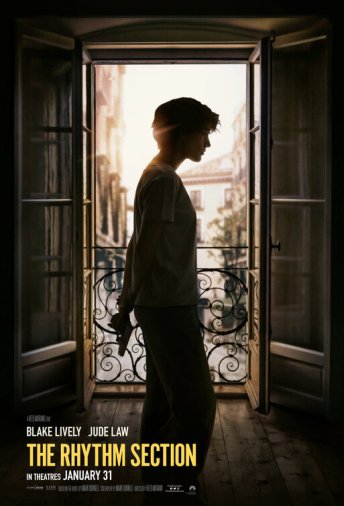 The transition from near dead flotsam, to capable undercover operative is achieved using a long more drawn out process than we usually get in a movie like this. Most of the time, there is a rush to the action sequences and the intrigue, here the story labors over the misery that this transition will require. It is pretty effective at showing what rot it is to think someone can become an expert at hand to hand combat in twelve easy montages. Stephanie, our lead character attempts to slip on the skin of an international assassin who has been killed. She needs to use that cover to pursue the mysterious figure behind the deaths of her parents and nearly 300 others. To sell that however, she has to do some dirty deeds that she may not be ready for.

There are a few threads that don’t quite add up but as the story picks up steam, we are not necessarily going to care about that. The credibility of this film goes up with the awkwardness of Stephanie’s evolution. She never becomes a lethal instrument that is finely tuned, there is too much humanity left in her, at least until the climax. We have a pretty good idea what is coming and fortunately it does not require ninja skills and martial arts, but something that is in her skill set.

Jude Law is a mentor figure with his own motives for assisting her, but you would never know he thought she could accomplish anything. The indifference in the training section was a nice change of pace for that trope. The only other actor that I was familiar with was Sterling K. Brown, who plays a connection that might lead her to the unknown person she is pursuing. I know him from his series of appearances on “Supernatural”, some of which are discussed on our podcast.

I can mostly recommend the film. It is not the entertaining Liam Neeson  revenge substitute I was hoping for, but it still made me glad I saw it. The early slog of misery and slow burn is rewarded with some craft and emotional depth, even if the ultimate resolution is a little too pat.