55 New Films this year, here is a video inventory for you.

5 Movies I Want Everyone to See

I have been restoring posts that were originally published on Fogs Movie Reviews back in 2013. Fogs closed his site so the material I wrote has to be re-listed. I’ve been doing it piecemeal, so here are the links for the five entries I updated this year.

I was a very active member of the LAMB community this last year. [Large Association of Movie Blogs for you neophytes], and I started off the last year with the Movie Of The Month Podcast I championed, Ishtar. You can listen here:

After being on at least seven other of the LAMBCast episodes, Jay, the Shepard of the LAMB, decided that he might as well just automatically fill a weekly spot and give himself the chance to take an occasional episode off, by naming me as Official Co-Host of the LAMBCast. Since assuming my position in June, I have co-hosted 20 episodes with Jay, and flown solo on another half dozen.

In addition, My daughter Amanda, joined the LAMB this year and was a participant on three of those podcasts, including hosting the December MOTM, a Christmas themed show on the film “Meet Me In St. Louis” which she championed to victory. You can listen here:

Three of the shows we did in the last year were Draft Shows, where the participants draft a slate of films in a genre or category and then the community votes for what they think was the best slate. Frankly, having lost on Lambardy a year earlier, I was determined to do as well as I could on these competitions. Thanks to friends, readers and enlightened members of the LAMB community, I went three for three. I won the Spielberg Draft, 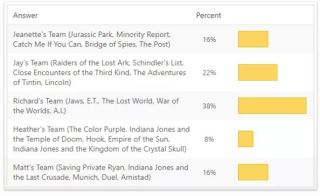 Jay would like to attribute my victories to superior campaigning, and that might be the case, but if you look at the lists, I think you will see that the results are due to superior selections.

I also had a wonderful time talking with Todd, the host of the Forgotten Filmcast, about a Strother Martin film “The Brotherhood of Satan”

Between Fathom, The TCM Film Festival and The American Cinematique, here are the films I revisited on the big screen from years past. 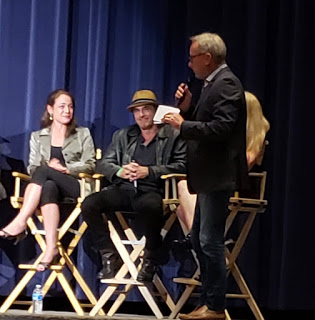 This was a special Screening of a film starring a Radio God and Podcaster, Mark Thompson of the Mark and Brian Show.

A Live Musical Performance of Jaws, with the Family 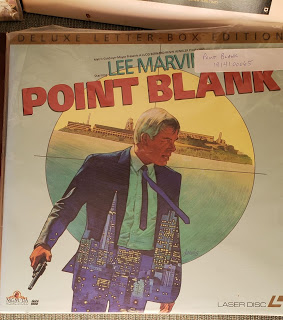 A Pop up Laserdisc Sale, and boy did we make out.

The L.A. Philharmonic does Kubrick

A few films that are guaranteed to be disappointing. Sometimes my review was more positive than my real feelings for the films.