Normally, I am pretty good about posting on the day of an event or maybe a day later. The Festival kicked my ass a little since I also went to see the Avenger’s movie on opening night and have suffered from exhaustion as a result for four days. I will begin catching up right now.

This was a delightful program that ran the opening credits of the original film, and then followed up with a selection of shorts that were created subsequently. Most of the material was shown on television in the seventies as kids programming but it was nice to see it on the Big Screen and to hear a bit of history as well. Animation Historian Jerry beck lead us through some of the development of the shorts and provided context. He was at one point joined by Larry Mirish, the son of Producer Walter Mirish, who added to the context and provided some insider insight as well.  The daughters of Animation Director Friz Freleng were in attendance and were also briefly introduced. I was fortunate that I’d seen the cartoons before because I ended up dozing off for two of them after the late night followed by an early start.

One of the animation directors also joined the conversation and displayed a cartoon he drew while waiting and then a series of rough sketches, as would have been used to storyboard the cartoon shorts. 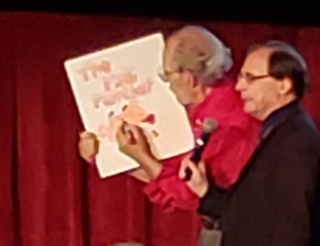 Charge of the Light Brigade 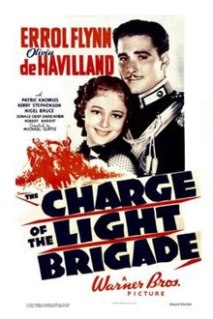 I am an Errol Flynn fan. This movie has virtually no connection to the historical event that is referenced in the poem by Tennyson. It does however have the spirit and that was enough to make it entertaining. This is the film that introduced Flynn’s pencil mustache and cemented his stardom. It is also the second of nine movies that Flynn made with Olivia deHavilland. We were given some background on the movie by a film historian and then treated to a reading of the poem by actor Casey Campbell.  I don’t have that rendition but I did find this:

The studio provided a print, so we actually were watching a film as opposed to a DCP, it looked great. David Niven has a small part in the movie and it is the source of his title for his own autobiography, “Bring on the Empty Horses”. As will be noted by many, the film notoriously wasted horses in battle scenes that used trip wires which lead to the death of a couple dozen horse. It lead to a long chilly relationship between Flynn and director Michael Curtiz, and eventually produced standards for animal treatment in the movies.

This is a boxing movie that also qualifies as Film Noir. It was introduced by TCM Czar of Noir Eddie Muller, who’s father was a famous boxing journalist. A boxer a little long in the tooth is being set up to take a dive by his sleazy manager. The problem is that he is not informed so the manager can keep all of the money he gets from the local gangster who is paying off. 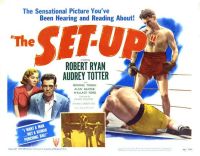 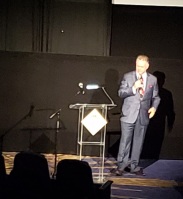 The crowds and venue all feel authentic to the times. Boxing was a widely viewed sport that has changed dramatically since other entertainment options came on the scene after World War Two. I know as I drive around town, that there are former arenas that had weekly fights here in L.A., those days seem to be gone, but maybe I just don’t come in contact with that culture because it has shrunk. Anyway, the film is shot in real time, so the whole thing follows an eighty minute period of time, including four rounds of boxing. Ryan was a boxer at Dartmouth College and he looks good in the film. Amanda attended this screening with me and she seemed to really appreciate the gritty look and feel of the movie, as well as it’s fairly depressing ending.

This was a second film in a row to be based on a poem. A lengthy (16,00 word) piece that appeared in the New Yorker, the poem featured a black boxer who was fighting prejudice as well as his opponent. That is mostly excluded except for some brief references to black boxers on the card with Ryan’s character. A local rap artist contacted Muller and was invited to present part of the poem as a lead in to the film. Unfortunately, he neglected to print a copy of the segment he planned on performing and an embarrassing few minutes passed while he sought it out on his cell phone. The reading was great but it was clear this was an impromptu moment from a non-professional. 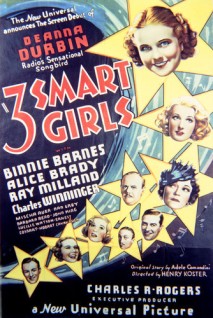 I am pretty sure this is my first Deanna Durbin film. She was an actress who was noted for her sensational singing voice. trained for the opera but diverted from the stage by a movie career she did not really want, Durbin left Hollywood at the age of 28 or so. She made just over twenty films in a dozen years, and she was a Shirley Temple rival at the box office. In this movie she is not the lead but her character has all the emotional high points and when she starts singing, everything else in the film feels irrelevant.

The story involves the children of divorced parents plotting to stop the marriage of their father to a gold digger. The children have not seen their Dad in ten years and travel from Switzerland to New York to carry out their plot.  Mistaken identities and subterfuge follow and the story reaches a climax with a song in the police station.

The movie was not deep but it was delightful.

The Creature From the Black Lagoon

This is a well known horror film from the 1950s. I’ve seen it on TV over the years and I remember being frightened by it as a child and slightly bored by it as an adolescent. This screening was anything but boring, it was a real treat. 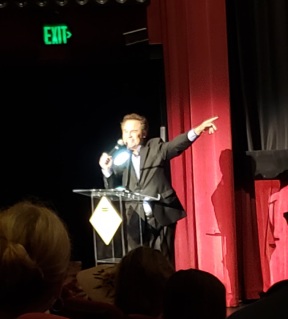 To begin with, the movie was introduced by TCM fan and one time Guest Programmer Dennis Miller. I missed the pool side screening of “Them” which he introduced with actress Illeana Douglas, I’m sure that was a hoot. He basically talked about his love for old movies and his appreciation of the fact that some of the actors in these movies are still around. He gave a shout out for Olivia de Havilland sleeping in Paris that night but also visualized the star of this movie, Julie Adams, coming across this and seeing herself in that white bathing suit and saying, “yeah, that’s me alright”. It was a cute piece of warm imagination. He also joked about the fact that it is basically “The Shape of Water” before they learned how to hide the costume zippers. 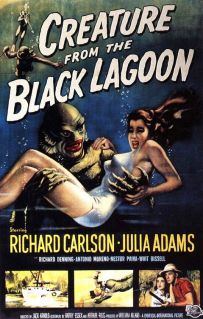 I heard a number of people titter and guffaw at moments in the film, as if they were creaky and so old fashioned as to be unbelievable. They seemed to be responding to the movie as camp. Like Mr. Miller, I’m willing to give people credit if they seem to be trying to sell the story and these actors and technicians do. Miller’s joke about having to have two different actors play the creature, one for the underwater scenes and one for the land sequence, is amusing, but he was not disparaging of the film.

Sometimes the dialogue is a little old fashioned and yes the sexist sensibilities of the fifties are on display, but none of that takes away from the drama and horror of the story. One of the things that made this screening so great was that it was presented in 3D. The movie looked great and there were two or three moments where the 3D did it’s job in making us jump and be engaged with the story. 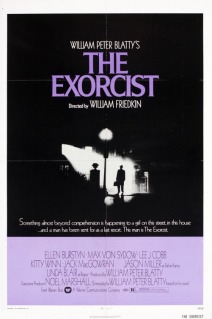 I mentioned in the post about “The Producers”, that a Mel Brooks interview is basically just setting him loose on the audience. Well it is not to far a leap to say that the experience is almost the same with director William Friedkin. I’ve been at some previous presentations with Friedkin and he is a fearless raconteur. He enjoys the moment, shares good details and takes his time in telling his own stories. Host Ben Mankiewicz did ask questions and the audience did as well, but Friedkin often used those as jumping off points for observations about the context of the movie or details that were fascinating but tangential. 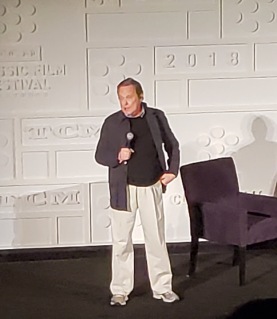 He discussed his casting of Mercedes McCambridge as the voice of the demon possessing the little girl in the story. Her commitment to the vocal performance included some method acting that I would imagine would not go down well with today’s actors. He was asked about a rumor that one of the on screen performers became a serial killer and was the inspiration for Friedkin’s film “Cruising”. Mankiewicz was quick to dismiss the story but in turn was shocked when Friedkin confirmed it. The tech in the hospital scene was Paul Bateson, who was convicted of one murder but believed to have committed several more.

The screening was of the updated version of the movie from 2000. So it contains the “spider walk” sequence and the modified ending of the movie. The spider walk was the only thing that I think added to the film, the other scenes and inserts don’t feel necessary to me.