In keeping with my commitment to do some kind of post on every film I see in a theater, I offer you a few words on the original “Ghostbusters” from 1984.

I’m not one of the many haters that the new version of Ghostbusters is bringing out of the woodwork. I know the world is full of people who disdain the idea of re-makes and are horrified by the recasting that the movie has done. Me, I’ll hold my opinion until I see the product. Today’s Fathom Event could be construed as a two hour commercial for the new film. Included at the end of the screening was a sizzle reel of material that will almost certainly be included on the home release of the female version of Ghostbusters later this year. It was hosted by Paul Feig, this was after the opening of the movie was hosted by original director Ivan Reitman. You have big shoes to try to fill Mr. Feig.

Fathom, this is a great strategy for launching a new film, get people to pay full price for a 32 year old movie, then plug your new film as a bumper. It practically pays for itself. I would like to recomend to both Fathom and AMC Theaters that they get their act together a bit more. I have attended several Fathom Classic movie events and there are frequently technical issues. Today, the promo material before the film did not screen for us, I had to request the staff of the movie theater start the film after we waited for ten minutes past the scheduled screening time, after staring at a blank screen for nearly 40 minutes. At the conclusion of the promo, the house lights never came up and the two dozen patrons had to make their way out of the theater in the dark. My wife who has vertigo and walks in a very unbalanced way with a cane, had a little difficulty managing the stairs in the dark. Fortunately, everyone seems to have flashlight apps on their phones or else we might still be sitting there.

When I did the post on this for the 1984 project, I lucked out and saw a 30th Anniversary Screening a week or two later. Any chance to see it on a real theater screen is worth a few inconveniences, so make sure you bring your flashlights and I’ll let you know next month what I think of the new version. 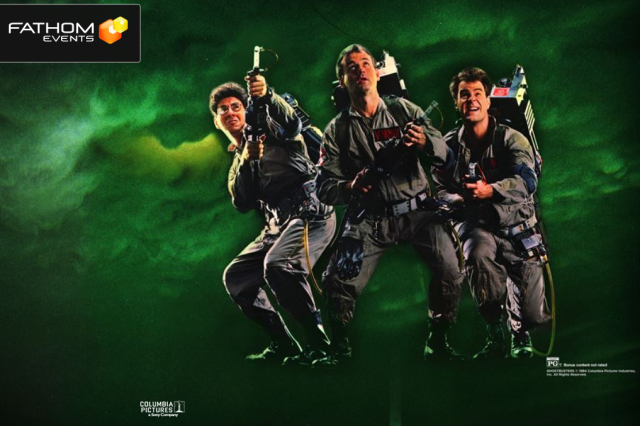