As is customary, I will start off with a couple of reservations and caveats. To begin with, I saw fewer movies this year than I have in years. This is a function of my schedule, a new dog in the house, and a variety of other personal issues. I did make a conscious choice to postpone some of the fine pictures that will be in contention for the Academy Awards because I knew they would be coming back in the Best Picture Showcase that AMC Theaters hosts each year. I will get to see them then, and I will share my opinion before the Awards are handed out. It simply is not fair to rank movies that I did not yet see although I expect several of them would be on my list and displace films that did make it.

Second, I don’t limit my personal list to just the “Best” pictures, I include films that I frankly enjoyed more than the others I saw. I like to use this opportunity to encourage people to try some things that they may have missed but that I thought were just fine. This does mean that genre pictures and action films are likely to be included, even though they are not artistic and  are rather, just entertaining.

After you view the video clip, you can proceed to the next page where the films will be laid out in order and there will be a brief commentary and a link to the original review.

Thanks for taking the time, hope everyone will come back during the new year to get some more.

A biopic that focuses on one of the Hollywood 10 from the blacklist era of the 1950s.

Dalton Trumbo was an interesting character in his own right, but when combined with communist pals and the witch hunts of the time, he became a pivotal figure in Hollywood history. Bryan Cranston does Award worth work as Trumbo but he is ably assisted by a stellar cast that is also quite impressive.

If you are a music lover or have any interest in the history of the California music scene, this is an essential review of one of the icons of the industry that died not to long ago. Not a figure or musician but a business, Tower Records.

Assembled by Actor Colin Hanks, the film tells the story of the business model and characters behind an innovative music store that became a powerful chain but was ultimately destroyed not just by the internet but by poor business choices. To me it was fascinating stuff.

As we have already established, I’m a James Bond guy. So it is quite a surprise to me that SPECTRE did not make my list of top ten films but “Mission Impossible” did. I am also a Tom Cruse fan and this is an excellent series that seems to get better as we go along. I was very impressed that the big stunt that is advertised is also the first scene in the film. That seems very Bond like to me. This story was more effectively told and the motorcycle chase by itself is worth a trip.

This is a movie that everyone wanted to have succeed, and for the most part it did. There are plot

holes and unexplained elements to the plot. It is also very derivative with story threads and action beats that repeat from earlier episodes, but J.J. Abrams manages to make us forget the prequel stories and instead focuses on new characters, old friends and practical special effects whenever possible. It may be imperfect, but it feels a hell of a lot more like Star Wars than “The Phantom Menace” did.

Who would have thought that ten years after what appeared to be his swan song, Rocky Balboa would come back and endear himself to us again, and do so without getting in the ring himself. This is the right was to continue a franchise like this, find a story thread, follow it to new destinations but keep it familiar in tone. Writer/director Ryan Coogler has kept the heart of “Rocky” but managed to transplant it into a new figure that we can grow to care about as well.

Politically incorrect, violent as all get out, and frequently outlandish, “Kingsman: The Secret Service” was made for 12 year old boys and anyone who can think like that. It is childish at times but also very cool and always having fun with the audience. I loved the subversive environmentalist theme and the resolution involves one of my favorite images from the film year. I saw this movie the most this year and laughed and cheered the hardest at it. 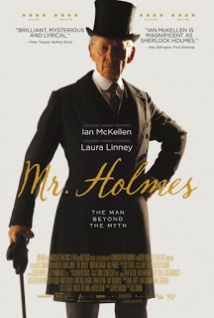 Sherlock Holmes trying to solve a mystery as he is aging and losing his memory. Add into the mix that Holmes is portrayed by the marvelous Ian McKellan and you have a great concept. Put it together with some excellent production values and a clever script and the result is a movie made for grown ups that is worth the patience it sometimes demands of the audience. 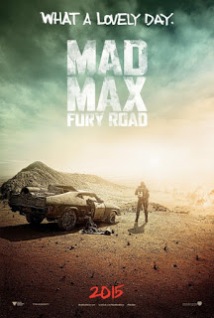 I first discovered Max in “The Road Warrior”. A movie that came out of nowhere, kicked you in the crouch and then owned you for the rest of your life. I went back to see the original piece which while good, is not much like it’s successor. This movie follows the template of the Road Warrior, and although Max is the titular character, the movie really belongs to the women of the film, especially Charlize Theron’s Imperator Furiosa.

Ridley Scott is a director who is working at his peak still even though he is nearing eighty. Matt Damon manages to have enough charm to remain an effective and relateable hero in spite of his off screen activities. The can do attitude in this film is emblematic of my Alma maters slogan, “Fight On” and the positive spirit and large supply of humor make this a winner.

However you say it, this is the most interesting film I sa this year and it has left me thinking about the themes ever since I saw it back in May. In addition to asking bit questions it is impeccably performed with a small cast and limited sets. The sets though are well imagined and the performers are terrific. The visual effects are CGI but they are used in completely appropriate ways. This is a 1970s Science Fiction film masquerading as a 2015 drama.  If you have not seen it yet, get ready to have your thinking challenged. Oh, it’s also a pretty scary film as well.