Despite the exotic setting and the lush musical theme, “You Only Live Twice” is not one of my personal favorites. It feels a little long and there are plot points that make no sense, but it does have some assets and those that I find most worthy from the film are as follows:

The lovely Kissy Suzuki, a Bond girl with few lines, a beautiful face and a name that only hints at being coarse. 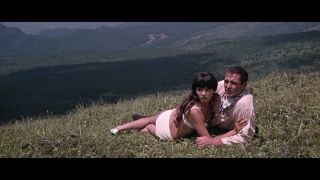 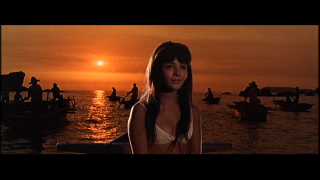 In a Pre-title sequence that seems to exist only because it is cool to show, Bond gets “killed” in bed and is subsequently buried at sea. 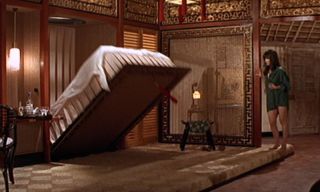 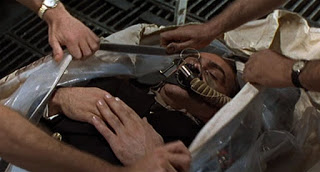 Not quite as cool as a shark tank, but equally gruesome to contemplate.  The evil Helga Brandt learns the fate of those who fail SPECTRE.

This one and the next entry could be reversed and it would be alright by me, both feature the secret lair of Blofeld. This one has Ninjas.

What is the best place to hide a secret rocket base in Japan… where else but in a freaking volcano. The Ken Adams design on this is marvelous and the use it was put to was extensive. Reportedly, the set cost more than all of the money spent making Dr. No.

Q comes to Japan with a couple of suitcases and Bond wipes out the SPECTRE air force in an afternoon. The Frank McCarthy painting is spectacular 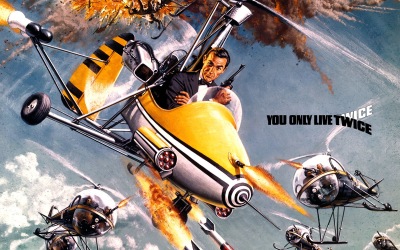 but the actual shots of the gyrocopter are pretty cool as well.

Finally face to face with Ernst Stavro Blofeld. After appearing in two films from only the back or chest down, the master mind behind the massive criminal cartel is revealed. A lot of Bond fans don’t care for the diminutive scarred criminal that is shown here, but the Mao Jacket and the scar go a long way in establishing an ethos for Blofeld that will be unshakable for the future. Hats off to the late Donal Pleasance. 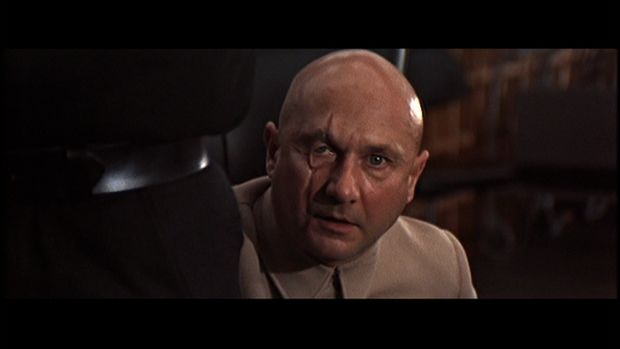 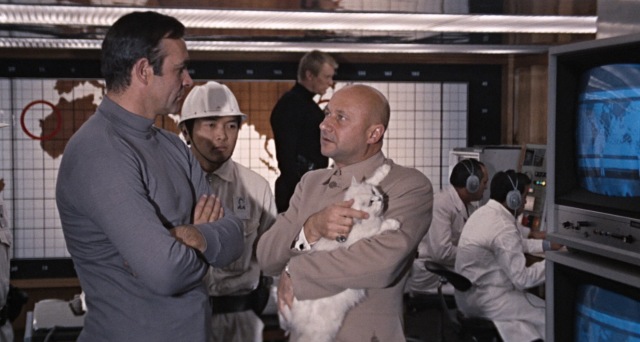 Monologuing his way into our consciousness, while all the while petting the cat.

James Bond Will Return in “On Her Majesty’s Secret Service”.

2 thoughts on “Double O Countdown: You Only Live Twice”