This should not take too long. This is a perfunctory sequel to a sequel to a terrific movie. It has little to offer on it’s own, except for standard action sequences and interminable car chases and crashes. The story is convoluted nonsense that  fits into many of today’s thrillers where criminals lurk around every corner and there is a convenient betrayal behind every door. All the actors do their jobs but it is mostly going through the motions rather than creating something memorable or essential. None of this is a surprise after the lackluster second entry, also directed by Olivier Megaton. When I looked back, I was more enthusiastic than I remember, and I know I must have been somewhat blinded because I have never revisited the sequel.

There are three things that make this movie worth a visit. Forrest Whitaker does a nice job playing a sharp LAPD Detective. At some point in his career, someone decides that he would make a good cop. I think he has been an FBI agent or a cop in the last two or three things I saw him in. The part is not especially well written but he adds some thoughtfulness to it through his performance and especially his voice. The second element that makes this somewhat worthy is the use of Bryan Mills team of buddies. That actually get to do something in this movie and they show they are pretty clever also. They still could have been utilized more but at least they don’t just show up and drop something off for him.

The third thing that makes this somewhat worth seeing is the star himself. Liam Neeson can now play these parts without breaking much of a sweat. Whether that is a good or a bad thing depends on your view of Neeson. I have always liked him as an actor, my family jokes a little that I have a mancrush on him. I’m a fan, and I will probably always be available if Liam wants to show up on screen and kill a bunch of people. I do think it is interesting that he became an action star at the point in life when other action stars who have been doing these kinds of movies much longer, are sometimes mocked for being geriatric. He did star as “Darkman” in 1990, but his career did not really become littered with action roles until maybe ten years ago. I suppose he still feels fresh enough to the audience that we can still go with it.

Now the other things that made this movie a problem for me. I already mentioned the frequency of car chase sequences but they are problematic for some other reasons as well. The director shoots the car scenes in such frequent close ups that at times you might forget that the characters are in cars. Thie action of the cars is also so tight that you can’t really get a sense of what is happening to whom, except that there is a lot of mayhem in most of these parts. The ubiquitous shaky cam is present in all of these scenes as well, and once again instead of creating tension or a feeling of being in the action, it creates a sense of vertigo that made at least one member of our party nauseous enough that they had to leave the theater. The action sequences also have that problem, but they suffer from a bigger deficiency, “sanitized brutality”. There is a minimum of blood, the broken bones and cracked skulls don’t jump out and make you winch they way they did in the first film. There is something too “PG-13” in the way the material is being put together. I did however appreciate Bryan’s impromptu waterboarding sequence. It can’t hold a candle to the electric shock scene in the original “Taken”, but it does show what a nasty customer Bryan can be.

I liked the movie a little more than the second film, but neither will be 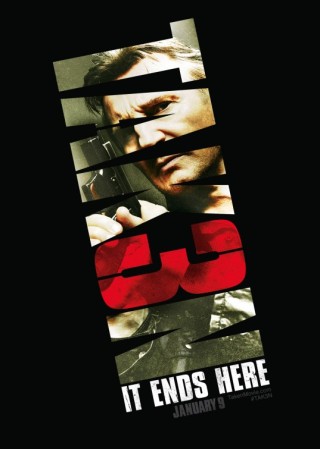 very memorable. If you are a connoisseur of Liam Neeson action films, than you can’t really skip this one. It is a part of a Neeson Franchise and so it is necessary for you. If you are interested in an average action thriller for a date night, this will suffice. If you wanted a good movie, move along, this will not give you what you need. The fact that i enjoyed it probably says more about my faults than it does about the quality of the film.