The Lord Of The Rings The Two Towers Extended Edition. 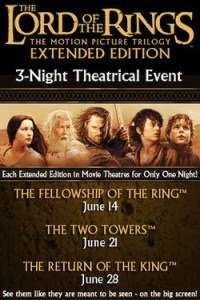 The extended editions of the Lord of the Rings films continued this week with the second in the series, “The Two Towers”. For many fans, this is the pinnacle of the series, because it features the true introduction of Gollum, the tragic mirror of what both Bilbo and Frodo may have become. Gollum is a technically created creature that still had the acting skills of a very talented Andy Serkis to bring him to life. The character is divided between the shadow of Smeagal, one of the river folk distantly related to hobbits and Gollum, the surviving flesh and tortured soul of evil that has already been consumed by the ring. One of the best known scenes in the film involves the character basically arguing with himself. Sometimes in single shots and sometimes facing a second version of himself. It was a very effective piece of acting and a well planned piece of film making. In the brief introduction to the film, Peter Jackson tells us that he was not even there to film the scene since he was scheduled with the actors for another shot. The scene was done with stand ins substituting for the sleeping hobbits, and the motion capture directed by someone other than Jackson (He mentioned Fran Walsh but I don’t remember if she wrote the scene, or if she wrote it and directed it as well.) 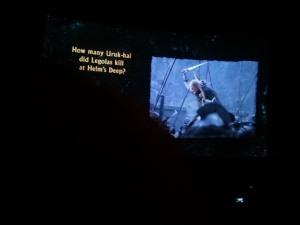 There are many things to love about The Two Towers; the chase of the Uri-kai across Rohan, the restoration of Theoden and the casting out of Sauraman, the appearance of the Ents and their fateful decision to cast their lot with the men of the west. Whereas in the first film, we followed one group of adventurers on their quest, in the center part of the story, the group has been divided into three distinct units with their own narratives. The film cuts back and forth very effectively between the three stories, and builds tension in each section that leads to a reasonable climax for the film. One plot development was postponed until the last film, but I think that makes the final film more effective and it lets this story stand a bit more independently as a result. There are great bits of humor used to keep things flowing as well. I think that the middle passage of this massive story could have languished if great care had not been taken with the screen play. The character of Gollum/Smeagal gives the movie a narrative drive that is far stronger than if had simply been focused on the journey and quest. Theoden, King is one of my personal favorite characters. He resists the obvious, chooses the dangerous and rises to the occasion sufficiently to make the resolution of his story and those of the riders of Rohan much more meaningful. Next week I suppose I will weep again at the defiant words of Eowyn as she confronts the witch king and defends her Uncle, but without the setups provided here it would simply be a plot point. 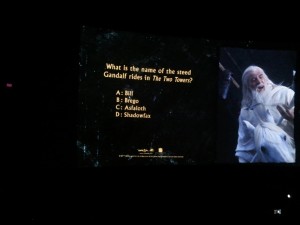 The extended edition also give a character that has already been killed off, a chance to deepen and create greater empathy for. Boromir is so much more clearly valiant as a result of his scenes in Gondor with his brother and father. The weariness with which he sets off to meet his fate is matched by his determination to save his land. The roll out of Farimirs character is more complete and again, the intertwining tragedies that all of these people must face in the course of the great conflict reflect the real nature of war and politics. There is so much going on in these worlds and not all of it is about the main quest. In the original theatrical releases of the movies, the story telling is tighter but not always complete. These extended editions do justice to the complexity of the world that Tolkien created. 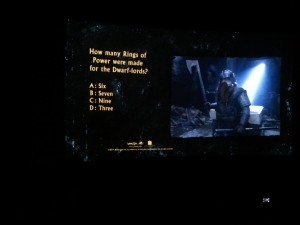 The Battle at Helm’ Deep is the climax of the film. It is loaded with dramatic action, humor and sacrifice. The desperate sense of doom that nearly overwhelms the forces aligned against Mordor does tend to hang over the film and make it the hardest of the stories to get through. Just as we reach the end of our strength, a character makes a breakthrough, or a tipping point comes down on the right side. Merry figures out a way to motivate the Ents, Aragorn restores King Theoden’s faith in his family history, Farimir chooses a path that his brother could not. We get to see these things happen when we did not before. Sam grows and shows us more signs that he can be the hero, not just the side kick, that he will need to be in the final chapter. Frodo’s fragile balance between savior and fallen is demonstrated by his charity towards Gollum and his impatience with Sam. Again there are dozens of seeds planted that will germinate and come to fruition in the last film. Those seed do have to be planted though and the film makers made that process a lot more interesting with the choices they made of what to add to the movie for the special edition. 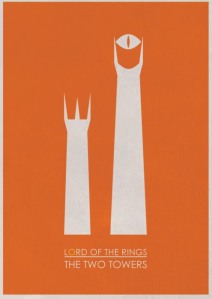 I will need to go out and get the soundtrack for the movie, because in addition to the fanfare theme set up in “Fellowship”, the sad violin based theme for the scenes in Rohan are featured. There are stirring action themes and character motifs in the rest of the movie as well, but the repetitive lament of a simple people, nearly wiped out and still holding onto their dignity, is one of the strong points of the film. My knowledge of music is scant, but my appreciation of it is immense, and this music made a real emotional difference in the film. As I said last week, this is one long commercial for the Blu Ray set that is coming, and the anticipation is heightened a couple of additional ways. There is a long promo for “TheOneRing.net”, the fan driven site that will remind people of the coming version of “The Hobbit”, there is the aforementioned introduction by Peter Jackson, and there are pre-film screen cards with trivia from the films. I have included some phone snapshots of these to add to your experience here. I promise, if there is a teaser for the Hobbit next week, the internet will meltdown with commentary and I will be part of the flood. I don’t expect it, but all of the Lord of the Rings film experience have exceeded my expectation before, so we can hope.