The Documentary shorts were not playing at my theater so I will have to look for them, but here are just some brief comments on the two sets of Oscar Nominated Shorts that I did get a chance to see.

This was a dramatic short based on a call to emergency services by a woman who is being sexually assaulted by an acquaintance and is being driven around by her assailant.  She has to make the call seem as if it is innocuous because she is in danger. It was quite taught and we never see anyone except the Emergency Services dispatcher clearly. It was quite tense.

I can’t say it is an apology for the ISIS fighters in Syria but it is a different perspective which is certainly it’s intent. The lives of a family in Tunisia are affected by the choices made by one of the sons. The narrative takes a couple of twists that would be more meaningful to someone with knowledge of the internal legal system of that Middle Eastern nation. The whole experience has got to be miserable, lucky us we get to share it.

This one starts off slightly salacious and then it’s tone shifts. The perspective we see for most of the story is  not the only one and that is the point. In the end it was quite moving. As a story it is very clever and the lead Actress was very effective, especially at the end.

Maybe the most depressing of the short films on the program. Particularly since it based on rel world events. An orphanage in Guatemala is more prison camp than home for teen girls. The young actresses are solid with very little backstory to inform their characters. You will be infuriated at the end of the movie, it is an advocacy docudrama that is only barely a fictional narrative. 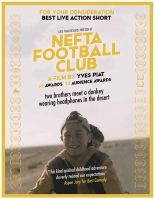 There is an element of danger is this second short film set in the Middle East.  In the end however it turns out to be the most comedic of the films and the one that you can enjoy on a pure entertainment level.

Instead of posting the individual Trailers, let me direct you to the site where you can see all of those trailers and find information about where they are screening near your location. Click Here.

This program included the five nominated films plus four or five others that I neglected to write down so my memory will be hit or miss on those.

This was done in an interesting medium but not necessarily one that is attractive. The abstract nature of the story makes it somewhat hard to relate to despite the universal themes that it appears to be drawing on. Obviously done with meticulous care because each frame looks like stop motion although I can’t say for sure that it is not a combination of computer and hand drawn work.

This was a Kickstarter funded project and the animation looks very traditional. There is a twist at the end that will tug on the heartstrings a bit, and it ends up being one of the least depressing of the animated shorts on the program. There is a good chance this will be the winner because of it’s take on the complicated relationship of those with African heritage and their hair in Western Culture.

This was my personal favorite although it is unlikely to win. This was done by some of the folks at Pixar and it is as usual, a perfect blend of sentiment and art told without words. I am a sucker for animal stories and this features two animals that I found charming and well personified by the artists.

This French entry may be the most depressing animated film I have seen in a long time. It is a Twelve minute mediation on the ravages of Alzheimer’s disease, told using a form of claymation. It looks odd at times but it is very effective at conveying the confusion and desperation of those suffering from the disease and those who love them. It is sad to think about the number of people who will experience some of the things depicted here. 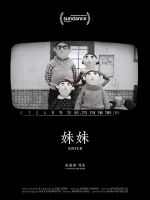 This one was the most surprising of the animated shorts. It comes from China and there is a reason that is the source of the story. The animation is stop motion with fuzz covered figures that look like stuffed versions of people. The relationship of a brother to his sister in this ultimately sad story is explored with some humor but a lot of pathos.

A young woman with a severe back deformity, which forces her to always look down, seeks to become a pilot, even if she has to build her own plane. It features a vocal performance by Actor Chris Cooper. The animation is odd, it looks like stop motion using dolls. I’m not sure why it would not have made the cut against some of the other films that were included.

The most clearly comic film included in the animated shorts. It is reminiscent of a Looney Tunes Roadrunner cartoon, with a series of unfortunate incidents befuddling a mountain rescue team. The computer animation is excellent, and you will cringe and laugh simultaneously.

The shortest of the short films, it is basically a musical interlude performed by a number of critters that you might find in the backyard or nearby woods. The animation is very detailed computer work. I guess I’m just a sucker for the animal tales because I loved this one as well.

There was at least one other short that played in this mini-festival, but I can’t remember it at the moment. If it comes to me I will come back and share it.

I can include at least two of the animated films here for you to watch, as they are available on YouTube. 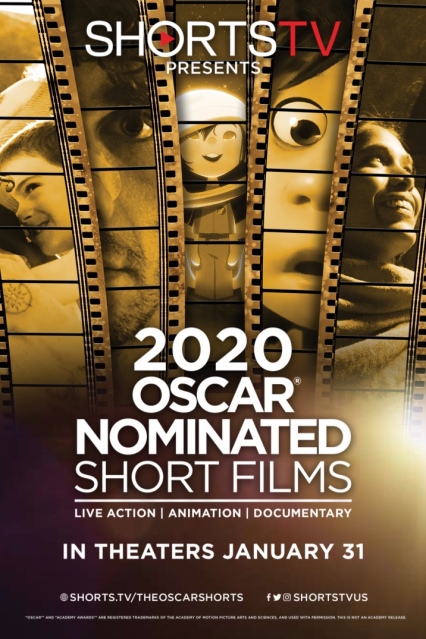 I did not make it to see the documentary shorts but I did see the animated films and the live action films. If you click on the link here, you can go to ShortsTV and find the films that are available on line or where they might be playing near you.

“Dear Basketball” is the Kobe Bryant created film. There is some pushback from the #metoo movement because of Kobe’s rape charge. This film however was directed by Glen Keane, an old hand at Disney. The music is from John Williams, so the film has a pedigree. Kobe narrates an ode to the sport that he loves and some lovely line and pencil animation accompanies his words. The simplest of the designs but still very effective. It is almost enough to make you like him if you did not already.
“LOU” is the charming Pixar film that played in front of “Cars 3” last summer. It is a brilliant realization of how story can be told without dialogue and through character. There is a lot of humor but also a touching moment or two in the seven minutes that this runs. Because John Lassiter is currently in the dog house with #metoo, this film probably has a reduced chance at taking home the award.
“Negative Space” represents a claymodel approach to animation with a somber mediation on a father son relationship. The design is a bit odd but the story works and the payoff is a bit heartbreaking. It does however hold some very practical advice for packing your luggage, so if you are traveling, make sure to check it out.
“Revolting Rhymes”  Here is a twisted take on fairy tales that will give the little ones nightmares but offers a lot of humor that adults will appreciate. One of the voices was from Tasmin Greig, an actress that I know from the Showtime series “Episodes”. Let’s just say that Red Riding Hood and Snow White have more elaborate finishes to their stories than “Happily Ever After”.
“Garden Party” This short starts out as a frolicking nature film. It has distinctive animated animals as characters and there are several whimsical interludes. In the background however, we begin to see signs that things are not exactly as light as they may seem. The computer animation on this is gorgeous, it reminded me quite a bit of “Rango”.  The last shot in the film also makes “Revolting Rhymes ” only the second most gruesome of the five nominees.

Because the animated films are all relatively short, the program included three additional and worthy Honorable mentions to go along with the nominees:
“Lost Property Office” is a cardboard and claymation film from Australia that focuses on a lonely man responsible for a lonely job in a lonely location. Everything turns out better than you might hope. Dialogue free and easy to underestimate.
“Weeds”  This is the little flower that could story that might be a little cloying but ultimately has it’s heart in the right place. It is inspiring to kids but a nightmare for homeowners trying to keep a yard in ship shape.
“Achoo” I was really surprised that this was not one of the nominees. The animation is excellent, it tells a cultural story and it is pretty funny as well.
It’s late, so I’ll wait and do a second post on the live action shorts tomorrow.