Three of the shorts this year are not short on one thing, and that is tension. This film focuses on what is essentially a two person sequence that could easily have been a massive tragedy. A disturbed young man arrives at a school and a confrontation ensues with the school’s receptionist playing mediator. This is apparently based on an actual 911 phone call, the two actors are excellent but special mention should be made of actress Tara Riggs who maintains a level of composure while also being frightened to death. Her character is the kind of everyday hero we hope is present in our lives somewhere.

The recent shooting at a school in Florida will be on everyone’s mind right now and the tie in to this movie is unavoidable. Because of the timeliness, I suspect this must be the film that will be favored for the award next Sunday. 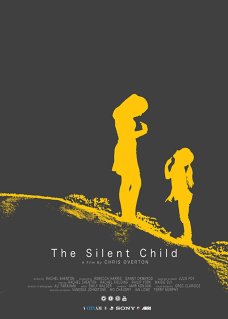 It turns out that this movie is basically a public service announcement, disguised as a drama. There is a disturbing phenomena among families with children who have special needs and the schools they attend. This is a British film so it may model the culture and schools there more than it does in the U.S. Here I see parents who are aggressively assertive in trying to care for their children’s needs. Our school system creates an expectation that all are welcome. It was a little hard for me to believe the character of the mother in this story, although I am sure there are instances like this. In the U.S. the Social Worker would file a report that accuses the parents of neglect and the story would proceed in a very different manner. We are less polite.

Because it seems so unique an anecdote, I don’t know that it is as convincing as it wants to be. The special needs tutor and the little girl in the story are both very solid. I thought the child performance seemed really effective for the circumstances. Everyone else came across as a little too pat and almost caricatures of indifferent people.

This is another historical film based on an actual incident and it is one that most of us will have heard of. The murder of Emmentt Till, a young black man from Chicago who has moved in with his family in Mississippi is one of the turning points of the civil rights era. The facts that took place after his murder are not the subject of this startling film. Rather this story focuses on the sense of impending doom that a family could feel and do nothing to prevent.

For a short film, this one felt the most deliberate and slowest. The actor playing Mose Wright, the Uncle, looks dignified but also beaten down by time. He can sense doom coming but despite the nightmares and the reasoning, he ends up in a defensive position with survivor’s guilt to come. This movie looks like it was shot through a bronze filter in some of the night time scenes. It is even more haunting as a result.

This was a straight out comedy. It feels so different in tone that you might wonder how it got nominated, but I can actually explain this pretty well. The actors have incredible timing and they play their parts to a tee. The script reminds you of a screwball comedy, with maybe Cary Grant and the Marx Brothers thrown in for good measure. It gets to the point and makes you laugh without having to have a lot of exposition. It is like a very well told joke, with just the right amount of detail thrown in to make it sparkle.
Mistaken identity plots have been around for as long as there have been movies, so you may be able to tell where this is going after a few short minutes. Don’t worry, that will not detract from your enjoyment of the film at all. The escalating frustrations of the two main characters is simply great to soak up and laugh at.

This is another film that builds tension for it’s whole duration. The story does have to rely on a series of title cards to set up the events we are going to witness. It is a harrowing trip being taken by people who just want to get on with their lives, but they live in a part of the world where bad things happen everyday and everywhere. This is also a film based on real events and to think that these things happen in the world we live in is frightening. The subject concerns conflicts between Islamist terrorists and Christians living in Kenya.

A simple bus trip is never going to be simple in the part of the world where roads are not always paved, there may not be a hotel available, and you pray for an armed escort getting on the equivalent of a Greyhound. People with different faiths are all subject to risks in this world. One woman’s experiences of tragedy sometimes blind her to the wellspring of human decency that can pop up anywhere. The film is dedicated to a man who stood up to oppression and represents the faith he adheres to in a most reasonable manner. If the Award is going to go to a politically and socially charged film, this could also be a dark horse.